Wedding Venues Cusworth ARE YOU A SUPPLIER?

Guide to wedding venues in Cusworth: in our listings you will find the best venues to celebrate weddings and other events like anniversaries, birthdays, christenings and other unforgettable special occasions. You can take a look at prices and wedding packages in addition to the best offers in wedding receptions in Cusworth. 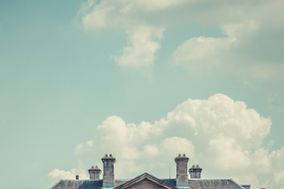 Cusworth Hall, Museum and Park re-opened to the public in May 2007, after several years of extensive restoration work. The Hall and its surrounding parkland have been transformed, with entire sections of the interior previously in a poor state of repair has been given a new lease of life. Stunning... (Wedding venue Cusworth)

Wedding Venues in other towns of South Yorkshire:

We use our own and third parties owned cookies and similar technologies to improve our site, analyse our traffic, provide social media features and personalise content and ads based on your browsing habits. By clicking “Accept All” you agree to the use of these cookies. Learn more about our Cookie Policy