Rhodri Evans Classical Tenor ARE YOU A SUPPLIER?

A celebrated Welsh tenor who has made appearances on a number of different radio programs and performed at numerous venues throughout the United Kingdom and abroad, Rhodri Evans is an excellent vocalist. He hails from Aberystwyth, Ceredigion, and has appeared at special events such as at the St. David's Celebrations in the United States of America among others.

His services include performances at wedding receptions. Normally he will sing between 1 and 3 classical songs that he has painstakingly rehearsed and perfected for the occasion. He requires an accompanist, but if this cannot be arranged, backing tracks will be provided.

Promising his audiences passion, flair, and dedication in all musical endeavours he undertakes, Rhodri will make any wedding performance unbelievably beautiful. His sound is clear and rich and he has been awarded many prizes for his talents. 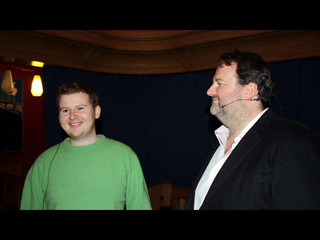