Restaurant Wedding London ARE YOU A SUPPLIER? 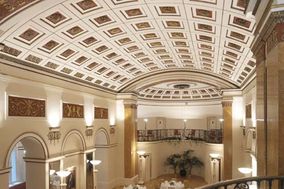 The Lansdowne Club is a London-based restaurant venue that specialises in providing a grand setting for one of the happiest days of your life, your upcoming wedding. Surrounded by your family and closest friends, your wedding day will be set in an ideal location that will create the loveliest... (restaurants for weddings London) Looking for a stunning venue to host a lavish and sophisticated celebration, head for The Ivy Chelsea Garden. Located in King´s Road, London, this fantastic venue is popular for its fine dining experience. The Ivy Chelsea Garden has a gorgeous event space, suitable for various functions and parties.... (wedding in a restaurant London) 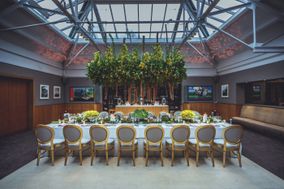 The Bluebird is a legend on the Chelsea landscape. The former garage of Sir Malcolm Campbell (breaker of the land speed record), its association with glamour and chic has taken a new twist as a premier wedding venue. With an unparalleled reputation for designing amazing events, the professional team... (wedding in a restaurant London) The restaurant is renowned for its buzzing atmosphere and spectacular views, making it the ideal spot to catch up with friends and colleagues. The friendly and helpful team will be more than happy to arrange the finer details, ensuring youtr wedding day will be the best of your life. Facilities and... (wedding in restaurant London) 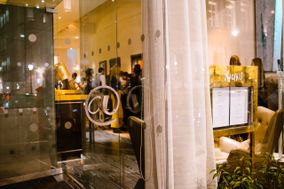 Situated in the heart of St James’s in the West End, the American inspired restaurant designed by Russell Sage Studio, Avenue provides a unique contemporary feel with a Manhattan loft style space with fun pieces of art and sculptural design features. Your wedding day is the most long awaited and... (restaurants for weddings London) If you are searching for a unique venue, then Skylon is a great choice. Located on the first floor of the Royal Festival Hall in the Southbank Centre, Skylon is a licensed venue that offers a breath-taking panoramic view of the London skyline. It features appealing interior with plenty of natural... (wedding at restaurant London) 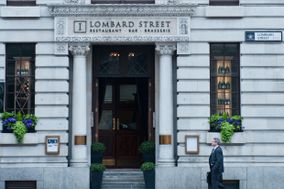 Ideally located in the heart of the City in London, 1 Lombard Street's superb location is perfect for those couples who wish a wedding celebration with both modern and cosmopolitan traits that will absolutely impress their guests. This restaurant venue has seen a multitude of excited couples say... (restaurant for wedding London) 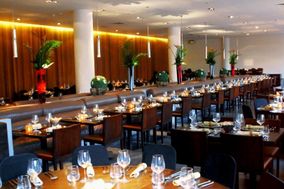 Since 2001, award winning Thai restaurant Mango Tree has been a splendid setting for events like weddings, launches, shows or conferences as they boast a wide experience in hosting large occasions. For celebrating a fabulous event, Mango Tree offers dedicated services and a perfect setting, with... (wedding at restaurant London) 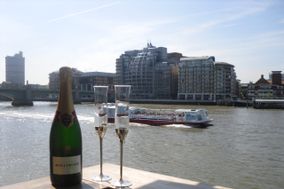 The Pepys Riverside Bar & Dining is lovely situated in the heart of the City and boasts scenic views over the Thames, and makes an excellent venue for holding your big day in London. Hold your wedding here and you will be offered the perfect setting to design and create an unforgettable special... (wedding in a restaurant London) The Drift is drake & Morgan’s fifth bar, and follows the success of the refinery, its first bar in southward, which opened in September 2008; the parlour, which opened in canary wharf in October 2009; the anthologist in early 2010; and the folly in late 2010, drake & Morgan was established in... (restaurant for wedding London)

Located in London right at the famous Savile Row is a charming restaurant called Sartoria which specialises in hosting elegant weddings and other special events. Italy's finest wines and authentic cuisine all set within a Milanese-inspired interior will create the perfect backdrop for weddings that... (wedding at restaurant London) 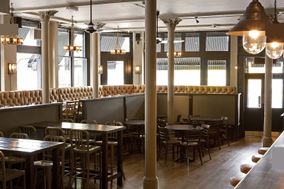 The opening of The Tommyfield marks the 150th anniversary of the first British chip shop at Tommyfield market in Oldham. Inspired by Victorian chop houses and food markets, our menu features sustainable fish sourced from the English coast, great cuts of British beef and traditional pie and mash. The... (wedding in a restaurant London)

Restaurant Wedding in other towns of Central London: